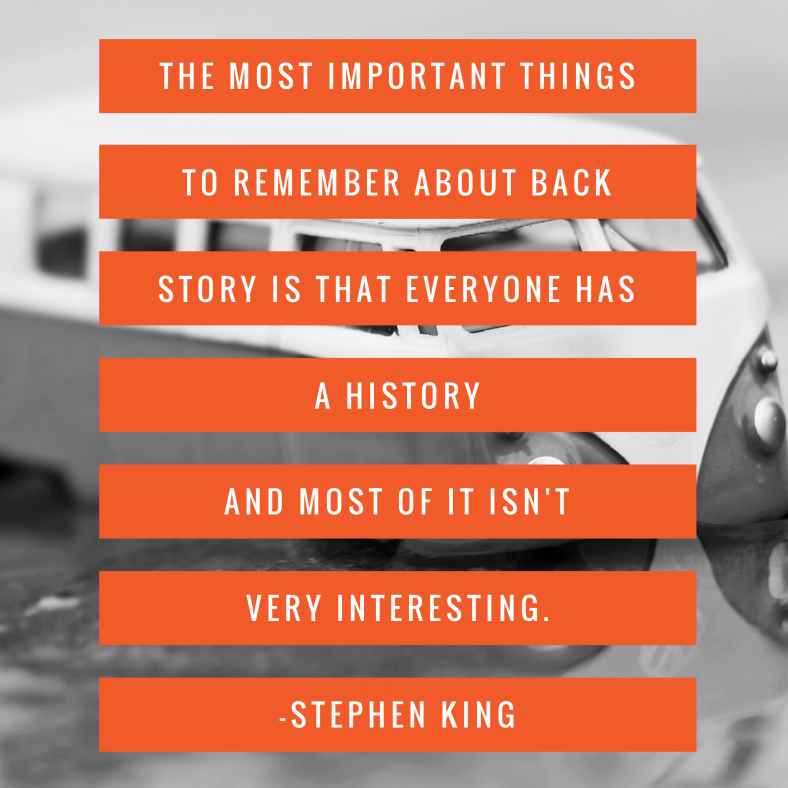 Back story is difficult. It’s essentially what the writer wants you to know about their character – the who and why – but what the character them self doesn’t get the opportunity to tell you.

Some writers and editors say cut it out altogether because it’s telling (not showing) and interrupts the flow of your story by taking readers out of the action.

I’m not of that view, but if you’re going to use it, here are some ideas on how to make it most effective:

I’m off to cull and disperse more backstory in my MS. Good luck!

One thought on “Back Story. Should you or shouldn’t you?”